It's a little over a month into the new job, and boy am I tired. I'm not so sure I like this working 10-11 hour days. With Gen also having to work long hours now that school has started again, it's a little rough keeping the household in order. It's particularly rough on the food side of things. If neither of us has much time to shop and cook, we often run into "what the hell are we gonna eat?" moments by midweek.

Despite the long hours, I have actually managed to do a freelance job. My creative juices don't flow as freely when my brain is tired, but I'm still happy with my latest mini-project: TheInternalArts.com. My freelance work seems to be very martial arts biased. Why "TheInternalArts" and not just "InternalArts"? Well, can you believe that a PC repair company took the other domain? Really, the nerve. Don't they know that "internal arts" refers to esoteric martial arts and not computer repair?! ;-b

Nearly unpacked, and other small miracles

It's a minor miracle. We almost have our apartment unpacked. The living room only has 3 boxes left, and two of those are earmarked for storing things we want to either give away or sell. My office looks spiffy, especially now that I have enough space to set up my parallelettes. If I can get myself away from the computer long enough during the day, I should be able to practice my tucked planches during my stretching breaks. Now all I have to do is unpack the rest of my clothes and figure out where to put my guitars.

Another small feat was our cooking this week. I was out of town last weekend, Gen was sick, and our jobs don't seem to give us enough time to make it to the market during the week. That means we hadn't been grocery shopping for over a week and a half by the time I got back into town. We quite nearly ran out of food and had to get a little creative with our cooking. You really learn to appreciate fresh food when you're forced to eat dried and frozen foods for an extended period of time.
Posted by jkuo at 9/13/2008 12:25:00 AM No comments: 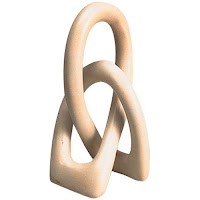 I've been married for a little over two weeks now, and I have to say I've been enjoying married life even more than I initially thought I would. It's weird. Even though Genevieve and I have been together for quite a while, being married still brings an elation I didn't quite expect. Everyone tells us we look so happy together. I never really thought of it before, but after pondering it, I realized that we are pretty blessed. We actually are really happy together.

There are still some things I'm still adjusting to though. The first is this wearing a ring thing. It's a weird feeling to be wearing a piece of jewelry now, especially considering that I never usually wore any adornments in the past. Heck, I dislike even wearing a watch. Assuming I remember to wear my ring, getting it on and off is also sometimes a challenge. My finger diameter seems to change with the weather, time of day, and how recently I've done any exercise. Sometimes it's a real bear to get off, and other times it slides right off. The other weird thing is that sometimes when I'm not wearing it, it feels like I'm wearing a phantom ring or that something is missing from my finger. I guess I'm now in a strange transitional period where it feels awkward both when I'm wearing and not wearing my ring.

A new experience that I am enjoying is referring to each other as husband and wife. Before, it was just "fiance/fiancee" or "girlfriend/boyfriend." Now, it brings a smile to my face to check the "married" box on questionnaires and introduce ourselves as a married couple. When I wrap up work for the day, I enjoy thinking that my wife is waiting for me to go to the gym and have dinner. It's a little surprising to me that I feel this way. I guess I've been a closet romantic all this time. The stereotype is for the romance to fade as a couple grows older, which I guess is natural as passions mellow out and become more even keeled over time. But I like to view our elopement as a harbinger. If we're already this happy about being married after 7 years together, we'll still be happy together many years down the road.
Posted by jkuo at 9/03/2008 10:50:00 AM No comments: 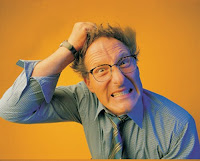 Well, it appears my blogging has taken a major plunge over the past month. There has actually been good reason for my extended absence. I've been crazy busy with the convergence of several events, creating a perfect time suck storm. But fear not, it takes more than a mere lack of free time to totally stop me from making my miniscule presence felt in the blogosphere.

So, what has been keeping me busy? Well, first I switched jobs. For a good month, I was wrapping up at my old job while simultaneously putting in hours for my new job. That in itself was really racking up the hours of preoccupation. If you count the fact that I was still teaching my class at the YMCA, I technically had three jobs at the time.

To make life even more interesting, Gen and I were also preparing to move during my job transition period. Packing up and moving when you're working long hours is not a fun task. We decided that we've had enough of moving ourselves around, so we did smartly hire movers this time around. Still, we had to get everything packed for them, deal with apartment hunting, and worry about unpacking at the new apartment, and clean up the old place. Minus the apartment hunting and booking the movers, which took place a few weeks earlier, the whole move process
took place over something like 5 days. There were long hours of packing, unpacking, cleaning, and driving back and forth. All the while my new boss seemed to think that I should be working 12 hour days.

The last contributing factor to my recent lack of time insanity was getting married. Genevieve and I decided to elope. As sad as it is to think that we were never able to find enough time to plan a regular wedding, we were almost too preoccupied to even throw together an elopement. I know there's something very wrong (but also amusing) with that picture. At any rate, we are now happily married and trying to enjoy as much time together before our schedules get busier with work (Gen starts teaching, and I don't imagine my job at the startup getting shorter hours).
Posted by jkuo at 9/01/2008 09:55:00 PM No comments: